This article is mostly based on the work of Stefan Hofmann, a leading researcher in the area of social anxiety.

Perceiving Others to Hold Us to High Social Expectations

There has been research done that shows that someone who is socially anxious will likely experience more anxiety after performing well during a certain social encounter. Why? Because they believe that others have increased their expectations of them.

Whether we’re aware of it or not, we have goals for every social interaction we have.

The more defined and realistic these goals are, the more likely we can meet the goal, and the more happy we will with ourselves, and the less anxiety we will feel.

All of these are examples of unclear, poorly defined social goals. How would you know if you gave a great first impression? What is confidence exactly? What do you mean by ‘Don’t be awkward.’

And the more we allow anxiety to keep things vague, the more likely we will continue to not meet our goals.

The same is true for unrealistic goals:

Anxiety loves to engage in perfectionism. The idea is, “If I can be perfect, I won’t make any mistakes, and I can avoid negative judgement.”

The truth is though that perfectionism is impossible. And even if we were somehow able to achieve perfection, it doesn’t necessarily mean others won’t judge us.

It’s been found that socially anxious people tend to hyper-focus on their internal thoughts. In short, we’re wrapped up in our internal world.

Our brains are very powerful, but far from perfect. Our brains are constantly distorting reality. The more we are wrapped up in this internal world, the further we become from reality.

Our brain throw out unrealistic goals, expectations, and interpretations of what’s going on and we believe it all.

Our brain engages in “Mind Reading,” which at first glance seems to be externally focused. But, it’s really internally focused, as we’re focusing more on our interpretations and judgements of the other person’s facial expressions and words, more than we are of just what’s being said and seen.

In general, the more internally focused we become, the more dethatched we are from what’s going on in the present moment, and the more anxiety we will feel.

We all have a certain template of how we view ourselves in the world. And how others perceive us and how others will react to us. This is called a “Core Belief.”

Core Beliefs aren’t usually apparent. It takes a little digging to uncover it. What is more apparent is our everyday thoughts, which are fueled and influenced by our Core Belief:

Research has also found that the social anxious brain believes negative social events are more likely to occur than positive ones.

Also, the socially anxious brain hyper-focuses on any evidence supporting competition in relationships and social interactions while minimizing evidence that supports evidence of cooperation and support.

In short, the socially anxious brain perceives social interactions and people as more of a threat than support.

Another thought pattern with social anxiety is the belief that if and when a challenging social event happens, “I won’t be able to cope.”

Research has shown the social anxious brain to believe it has very little control over their internal state and that events are more easily controlled by others around them than by themselves.

When we don’t think we can cope and we’re fearful of uncomfortable emotions, we feel out of control, and the result is increased anxiety.

Most people struggling with social anxiety believe they are socially incompetent. This is usually not true though.

Often times when we think of ourselves encountering and attempting to deal with a social interaction that causes us stress, we have trouble of coming up with ideas. However, if we think of someone else dealing with the same situation, we come up with many different ways the person can respond that are socially acceptable and socially intelligent.

It’s usually not that social skills are lacking, it’s that the socially anxious mind gets in the way of accessing the skills. There’s a block.

When there’s a block to accessing social skills, the result is the same as someone who lacks the necessary skills.

It’s important to remind ourselves, it’s usually not the skills that’s the problem. Instead, it’s the anxiety. And even more important, it’s how we respond to the anxiety that’s the real issue. 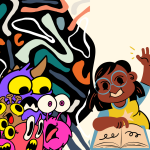 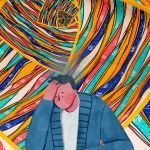 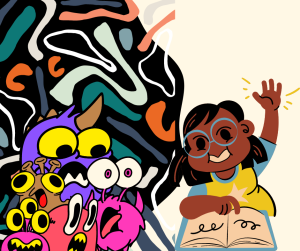 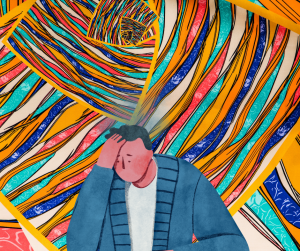