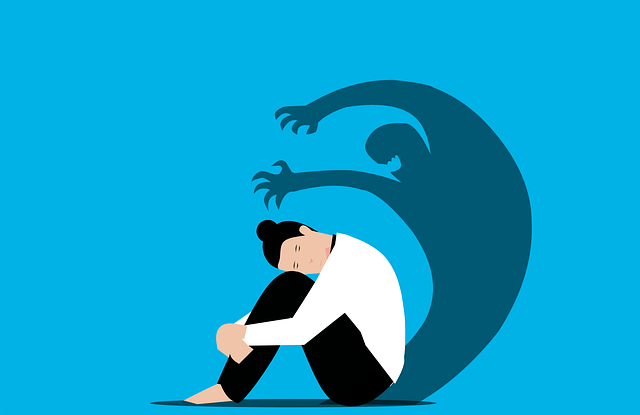 Having thoughts that are not in line with our values can cause us concern.

The term “intrusive thoughts” is a little misleading. The term implies that the thought itself is what determines whether it’s intrusive or not.

But what really makes a thought intrusive? Is it just the thought or is it our reaction, perception, and meaning we link to the thought?

Take for example a mother in the kitchen with her 5 year old son. A thought pops into her head of stabbing him. Her reaction is nothing. She doesn’t doubt herself. She knows she would never act on it. As a result, the thought exits just as quickly as it pops into her head. A minute later, she forgets she even had the thought.

I don’t see this as a problem. And it doesn’t seem intrusive. It didn’t impact the mom or son at all.

Let’s take a different mother who has the same exact thought. Her reaction is much different though. Her self-talk is racing and begins to question her intentions and her values. Even though she’s never harmed anyone before, she starts to wonder if this thought means she’s a murderer. She becomes anxious, she puts the kitchen knife away and immediately exits the kitchen with her son. Even though she has no intention of hurting her son, she lies in bed that night debating with herself if she is the type of person who could do such a thing.

This is definitely intrusive.

The same thought, but completely different results and impacts on the household.

Why is getting clear on the definition important?

Why is defining “Intrusive thought” important?

By not getting clear on what “intrusive thoughts,” are, in therapy or within our own self-talk, we create problems and perpetuate those problems.

For example, imagine that we define an “intrusive thought” as any thought that is inconsistent with society’s standards and laws. If that’s the case, then all of the thoughts below would be considered intrusive:

But, are these thoughts actually a problem? I would argue that they, alone aren’t a problem.

There are two types of thoughts: thoughts we put in our heads on purpose and thoughts that pop into our head randomly, 100% out of our control.

Most of the thoughts we have are the latter. And they have no real value. They aren’t a reflection of who we are or our values. And whether we admit it to anyone or not, sometimes (or often), these thoughts get really dark and scary. If anyone knew we had them, we probably wouldn’t have any friends.

These incontrollable thoughts are 100% normal. No matter how dark they get.

As a clinician, I would only consider the thoughts to be a problem if one of two things are present

If a person has intent on these type of thoughts, there’s no doubt are definitely problem, but they aren’t necessarily intrusive.

Perhaps for one person, there is intent, but they know they shouldn’t, and they are debating and wrestling with this thought. I would consider this intrusive, because the person doesn’t want the thoughts there.

Perhaps for another person, they have intent and they aren’t wrestling with the thoughts. Definitely a problem, because someone is going to get hurt, but not intrusive to the person having the thought. They want they thoughts. This is a whole different category, something that is beyond this article.

On the other hand, if we say intrusive thoughts are “thoughts that we don’t want to have,” well, we have a lot more power over that. We can control our desire.

In short, how we define it, either puts us in the driver’s seat or keeps us feeling completely powerless and stuck.

Rumination is the opposite of uncontrollable. Dr. Michael Greenberg, a specialist is Obsessive Compulsive Disorder defines rumination as follows:

Rumination is making a choice to engage in mental problem solving, which includes analyzing, mental reviewing, mental checking, visualizing, monitoring, and directing your focus toward the problem.

Rumination on the other hand is the illusion of problem solving. We’re replaying the problem in our head over and over again without resolution.

Rumination is just busy work. That causes us a lot of pain.

So, is there a difference between intrusive thoughts and ruminating thoughts? I would argue that there’s not much difference.

I would argue that the only way to make a thought intrusive, is by adding the second layer of thinking. The thinking about the thinking. Which is rumination.

Do I need to be concerned about intrusive thoughts?

The short answer is yes.

But, again, let me be clear.

I don’t think you need to be concerned about the odd, bizarre thoughts that automatically pop up into your mind. Though we don’t go around talking about these weird thoughts with others (that’s why we go to therapy), we all do it. It’s part of being human.

We do need to be concerned about how we engage with those thoughts. The rumination. Which makes them intrusive.

We need to be concerned, because we sometimes can ruminate for long periods of time without much awareness to it.

When we ruminate it can cause a lot of trouble for us:

The list is long. In short, rumination is taking up a lot of our energy that could be spent more productively concentrating on some other task or activity. Or free us up to enjoy activities.

So, what can we do when a weird thought does pop into our head?

We’ve established that you can’t stop the odd thoughts. If you try it will just make it worse.

The only other choice you have is to be an observer rather than a participant. And the best way to do that is to simply make a conscious choice to not engage with it.

I don’t mean to imply this is easy necessarily though. Some of us have an easier time not engaging, while others of us are more sensitive to the thoughts that pop up. It’s a simple concept, but it does take practice and seeking therapy for your rumination can make it easier.

One way to think about this observing process is by thinking of watching your thoughts like a passing weather system. The clouds come and go. The storms come and go.

When it’s mostly sunny, this is easy. When there’s a hurricane, it will be harder to not engage as there will be more motivation to attempt to relieve it.

Another concept to consider is acceptance. Logically, when we have thoughts that we don’t like, it makes sense to try to stop them.

With anxiety and rumination, however, the more energy we put out, usually the worse it gets.

The alternative to trying to white knuckle the thoughts away is to accept them. This is not to be confused with complacency, however.

Complacency is not trying anything. We have thoughts of the past, we get sucked into them, they negatively impact us, and we don’t try anything to reduce the negative impact.

Acceptance is understanding the reality of our thoughts: they are going to pass like weather systems. Sometimes it’s sunny all day. Other times it’s intense thunderstorms.

Some weather systems are predictable; others come out of nowhere.

This is what I mean by acceptance.

I hope this article was helpful.